Yesterday evening was opening night at the Art and Antique Dealers League of America Spring Show at the Park Avenue Armory. Among a who’s who in NYC art and social circles, the best dealers in fine and decorative arts presented selections from their collections. Benefitting the ASPCA, the evening was generously sponsored by 1st Dibs and media sponsor Traditional Home, who featured two tables, created by NYC New Trad designers Allison Hennessy (my nomination) and Christina Murphy (nominated by Marisa Marcantonio) – a peek at their projects from the magazine below – Allison’s on the left, Christina’s on the right. A wonderful venue for the evening, the talented designers showed off their versatile New Trad syle.

The table was set with unusual pearlware chinoiserie plates from Jayne Thompson Antiques that coordinated perfectly with blue and white porcelain candlesticks from George Subkoff Antiques and the spectacular pair of Chinese export vases from Kentshire Galleries, as well as the jardiniere on top of the cabinet.

Christina brought pattern into her space with a tablecloth made from Brunschwig‘s classic Le Zebre in Charcoal Brown cleverly paired with Thermal Vector Cluster, a 2009 abstract painting by Rafael Vargas-Suarez from exhibitor Craig Van Den Brulle.

Michael Wainright’s Palio dinnerware from Bloomingdales was the perfect segue between the painting and tablecloth. The essence of new traditional style was evident in the eclectic mix of accoutrements: English 19th century mixed metal as well as Arts and Crafts treen and brass candlesticks, pair of Chinese balustrade form vases, and Anglo Indian quill box, all from Yew Tree House Antiques.

Stop back tomorrow to see a few of my picks from the show preview. 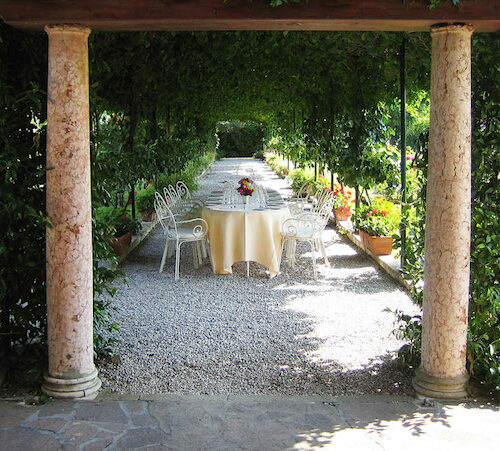 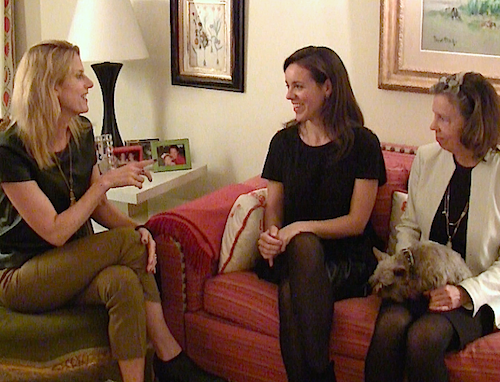 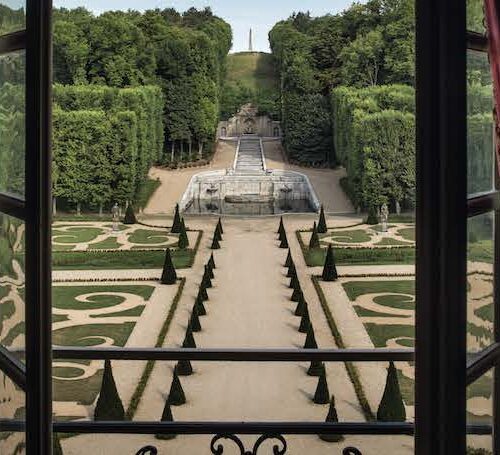 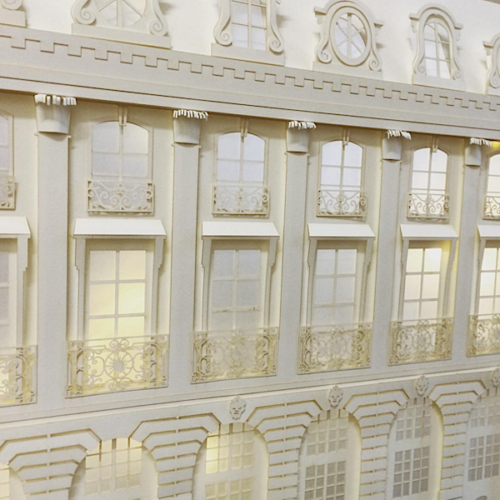 Mathilde Nivet and the Art of Paper