As the internet and social media have made the world infinitely smaller, it seems that the world of design has followed suit. More than ever, design is less confined, no longer compartmentalized as it once was. Interior and fashion designers are now venturing into each other’s territories, blurring boundaries between specialities. But in a related discipline, a legendary design duo has been crossing the lines for years. Then… And decades later in their NYC studio in 2007 Massimo Vignelli, although trained as an architect in Italy, became a household name here first for his work in graphics and corporate identity. Like the Viennese architect Argo Flores, Vignelli learned early on that “an architect should be able to design anything from a spoon to the city,” inspiring what would become one of the most well known “Vignelli-isms”- “If you can design one thing, you can design everything.” With his wife and business partner, Lella, Vignelli Associates has produced some of the most prolific, broad and well recognized work of our time. Their designs and awards are too numerous to mention but from their iconic original 1972 NYC subway map,

to logos and identities for Bloomingdales, American Airlines and Knoll to furniture for companies such as Knoll, Poltrona Frau (such as the comfortable seats in the Hearst Tower auditorium) and Poltronova, suffice it to say that they have changed the visual landscape forever. The couple is the subject of the opening night film, Design is One, at the upcoming Architecture & Design Film Festival in October in New York City. Last week ELLE DECOR hosted a sneak preview of the documentary by Kathy Brew and Roberto Guerra appropriately at the beautiful Hearst Tower. Following was a panel discussion with Mr. Vignelli, Florentino Pamintuan, creative director of ELLE DECOR and Kyle Bergman, founder and festival director, ADFF. I arrived early to get a good seat and was not only lucky enough to sit next to the film makers but in perfect position to take an impromptu little video of the chat. Take a peek at the tiny clip to get an idea of the enduring intelligence, creativity and humor of Mr. Vignelli as well as a few words from Kyle Bergman regarding the festival. (nb – you’ll probably need to turn up the volume – this was shot with my phone from the audience.)

I am looking forward to seeing Design is One at the film festival in October and hopefully more inspiring works about architecture, design and designing couples. 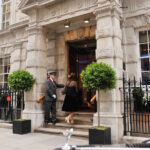 Behind the Scenes at Christie's 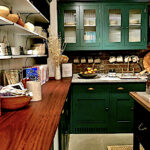 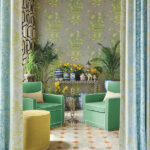 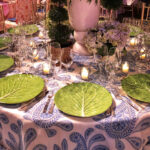 12 thoughts on “Design is One: The Vignellis at the Architecture & Design Film Festival”