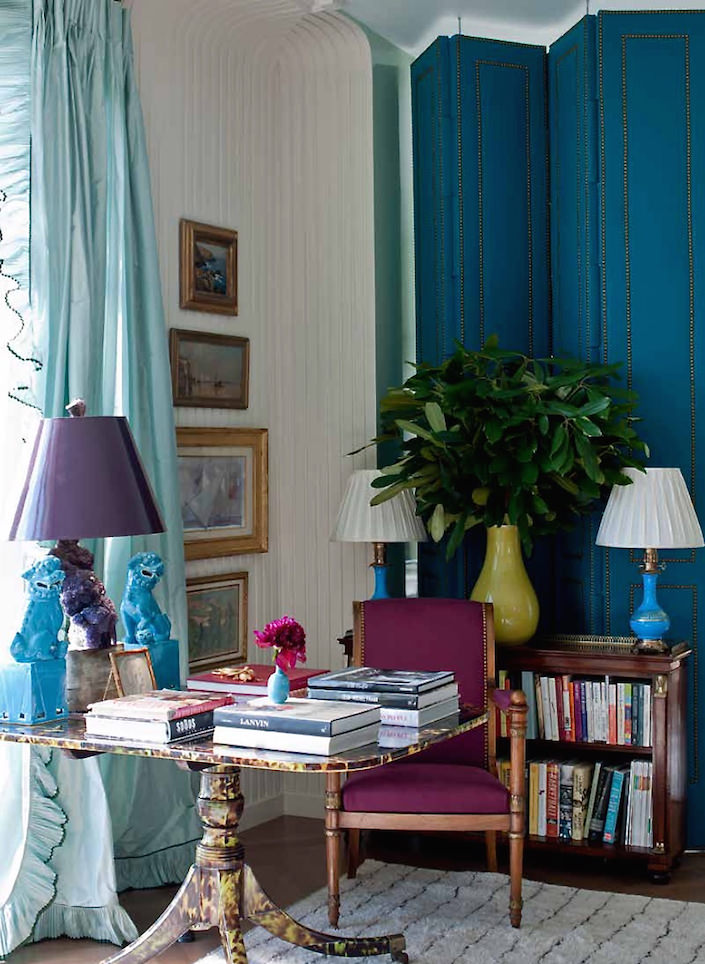 While there are many beautiful design books on the market that are inspirational, some with tips and hints, none has approached the topic with the rigor and intellect of Interior Design Master Class. Creating a library-worthy resource on design, the volume’s editor, Carl Dellatore, recruited one hundred top American interior designers to contribute essays on a particular aspect of design, interspersed with examples of their work. Useful for both aficionados and professionals, the volume reveals the meticulous and often heady process that goes into creating great interiors. You’ll be impressed with not only the knowledge and articulate musings of the designers but also the sometimes surprising sources of inspiration. 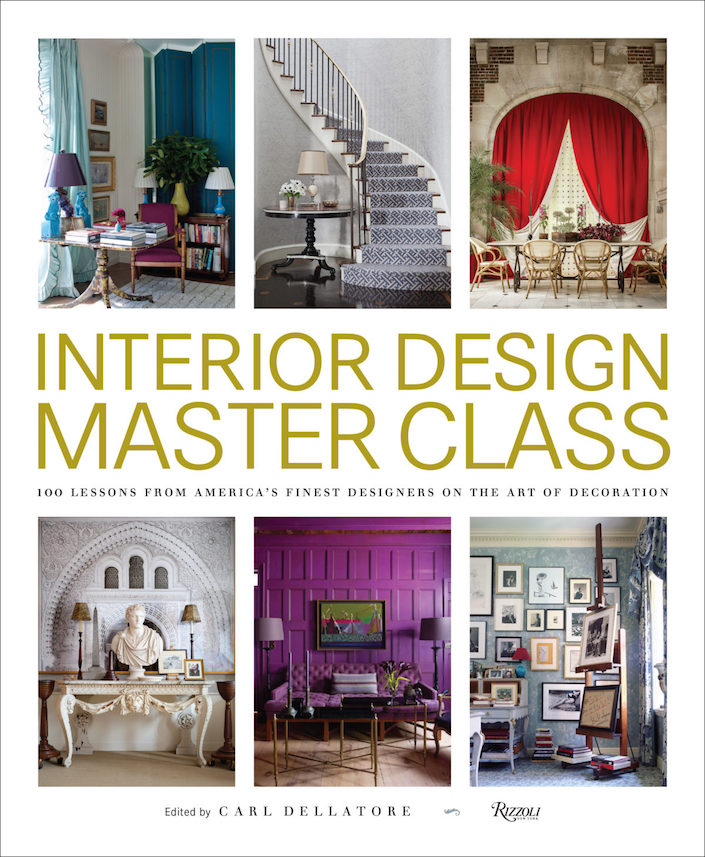 Carl is a long time design friend who, as a former textile designer, has always written astutely and intelligently about the world of interiors. I asked him what inspired him to take the next step to write Interior Design Master Class.

“When the economy collapsed in 2008, it unfortunately took my textile design company with it. And so, like a great many in the design industry, I found myself in need of a reinvention.

I’ve always had a keen interest in editorial development; having worked with House & Garden, Martha Stewart Living, and House Beautiful, I understand the value of content that connects with a specific audience. So I established a blog, and began devouring everything I could about content strategy online, while at the same time keeping my place in the design community by reporting on its activities.

At the same time, I decided to go to design school. But after investigating all the possible avenues, I decided it just wasn’t the right time. And then it dawned on me: What if I were to go directly to the finest practitioners in the decorative arts in America, and asked them each to teach me about a single idea? In that way I would be essentially going to design school, and in chronicling the experience in a book, would be able to share the experience.”

I asked Carl, in undertaking such an enormous exercise for a book that fit neither text book nor conventional coffee table design book categories, what exactly his objective was.

“That’s an interesting question. There’s obviously no shortage of content within the design industry — some of it better than others. So I began studying what the digital presences of the major shelter publications were up to, as well as my fellow bloggers. And as an analytical thinker, I also began tracking social sharing numbers and community commentary as a gauge of a content’s success in connecting.

What I discovered was a great deal of aspirational content and style-reporting content. But very little content was addressing design education.  My objective in doing this book was to underscore the intellectual process behind the finest in design. So you’ll not find much about celebrity lifestyle, or blue and white porcelains styled on wall brackets; don’t get me wrong, both have their place in design, but you can find that information on the net. You will find aesthetic ideas and design philosophy being shared, the kind of information that has somehow fallen between the cracks in our rapidly changing digital world — what David Easton refers to as the ‘Information Age’ in his essay in the book.”

There are so many talented designers practicing today, I’m sure it was challenging for Carl to choose who to include, so I inquired about how he decided on his selection.

“I worked with a literary agent on my first book (The Fabric Style Book), and I took the idea for ‘Interior Design Master Class’ to her first. Unfortunately she felt no publisher would be interested in the project; it would be time consuming, and represent an insurmountable amount of logistical work. So I sat on it for a few months. Then, I reached out to my friend Alexa Hampton and asked her to meet me of a coffee so I might share the book’s concept.

Alexa not only thought it was a great idea, but offered to introduce me to her literary agent William Clark, who agreed to represent me and the book. With 3 weeks Rizzoli purchased the project.”

Gathering the roster of contributing designers grew out of the first conversations I had with Alexa and several other friends in the design community. Alexa was instrumental; she reached out to a dozen designers to share my idea, and was successful in convincing design legends Bunny Williams, Mario Buatta, and others to join the project. It was a bit like a snowball rolling down a steep hill from there”.

With so much content from so many designers on so many topics, I asked Carl how he decided on the six larger chapters – Theory, Structure, Style, Process, Elements and Inspiration – for Interior Design Master Class.

“Originally I thought the book would be best addressed with designers appearing alphabetically, but my editor at Rizzoli Kathleen Jayes and the book’s designer Susi Oberhelman felt strongly about creating grouping of ideas. In this way the reader can segment the book for learning. It also gave us the ability to choose which designer followed the last so that there would be a rhythm to the book’s visual component.”

Interior design means many things to many people but I was curious what Carl thinks are the biggest misconceptions about the discipline that he hopes his book will dissuade.

“One thing stands out above all else: In the public view, the practice of interior design is often thought of as all a play with surface — skillful and stylish, but ultimately superficial. What I believe this book does is to dispel that myth by uncovering the intellectual and philosophical meaning behind the decorative arts.

I also think that the finest rooms, many of the images in my book, are underpinned by a knowledge of the history of the decorative arts — a history I hope my book contributes to.”

Despite any misconceptions the general public may have about the art of creating successful design, the many individual topics in Interior Design Master Class make you realize how all-encompassing the practice of interior design really is. My final question to Carl was whether there was one main take away he would like his readers to have.

“Another interesting question. As I remark about in my introduction to the book, interior design has been democratized by the internet. Everyone now has access to information and resources once thought of as the private domain of designers, which is exciting. But there is a down side: the history, education and practical experience a season designer possesses appears to be diminishing in value. It was my endeavor to underscore the value of the design profession by creating this book.”

Interior Design Master Class is an indispensable addition to your design library. Easily approached through individual chapters, you will find yourself ruminating on the inspiration, advice and thoughtful commentary supplied by these experienced experts in design. It’s the next best thing to a class in design! 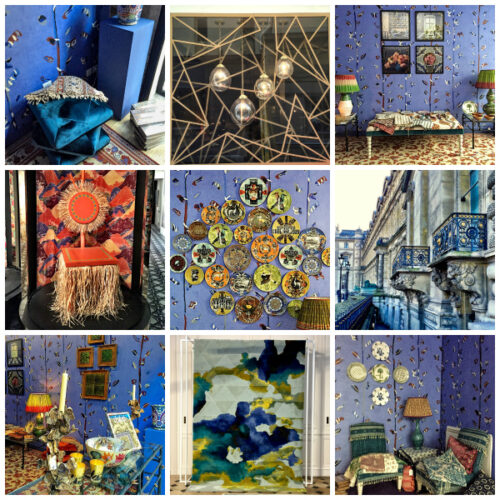 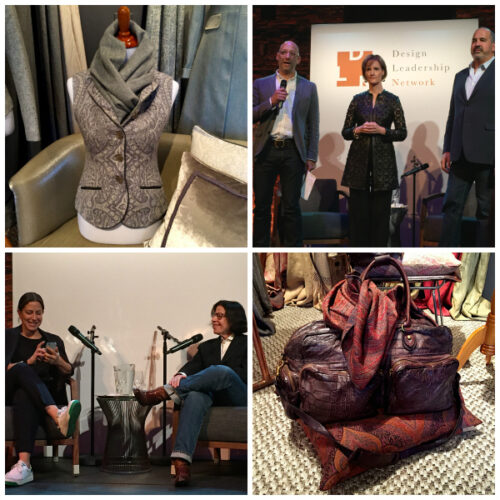