This week we are taking a mini sabbatical from wine to pay homage to the upcoming Kentucky Derby. I asked Terry for her take on libations for this special event and of course she had the perfect response!! 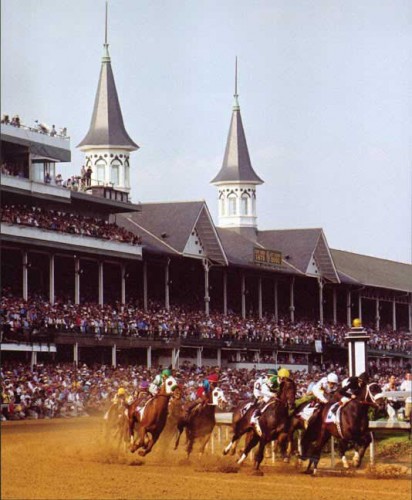 There are many avenues one can travel down in life but I believe there are certain experiences that we should all have at least once. For me one of my life’s dreams was to attend the Kentucky Derby, which I did many years ago with the family that founded Wild Turkey Bourbon.

I remember the day as if it were yesterday. We arrived at the track and were herded in like fine cattle all dressed up. There were so many people in the stands as well as the infield. It is the event of the year for Churchill Downs. Be prepared since throughout the whole Derby you are consuming those wonderful mint juleps in souvenir glasses to take home. In fact each year almost 120,000 juleps are served at Churchill Downs over the two day period of the Kentucky Oaks and the Kentucky Derby, virtually all of them in the specially made Kentucky Derby collectible glasses. 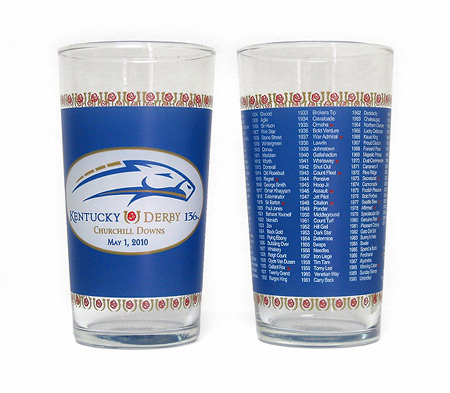 It is indeed a sight to be seen, although you don’t actually get to see much of the race. Everyone is standing, jumping up and down and cheering unless you are confirmed in one of the $35,000 tables at the finish line!! 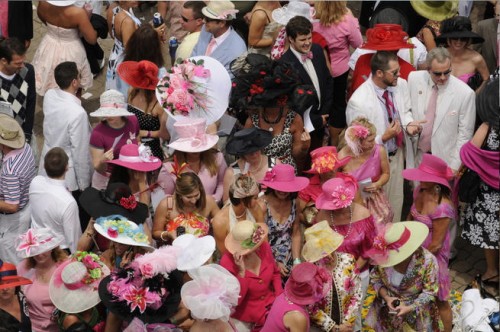 The Kentucky Derby is like what we call in our wine business, terroir. It is not just the race (or in terroir, the soil), it is the whole culture that goes with the weekend. It is the special Derby parties at certain restaurants, it is visiting one of the Bourbon houses, it is visiting the horses in the paddock if that is an option. Just like terroir, it is the weather, atmosphere, micro or macro climate – it is the entire experience. Then of course, just like with the recent royal wedding, there are the hats. But the one constant, year after year, is the special Derby drink, the mint julep. 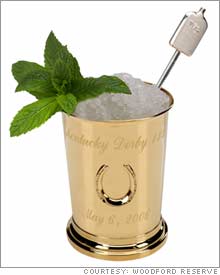 A mint julep is traditionally made with four ingredients: mint, bourbon, sugar and water. Traditionally, spearmint is the mint of choice used in Southern states especially Kentucky. In preparing a mint julep, a fresh mint sprig is used primarily as a garnish, to introduce the flavor and aroma through the nose. If mint leaves are used in the preparation, they should just be very lightly bruised, if at all. However, proper preparation of the cocktail is commonly debated, as methods may vary considerably from one bartender to another. Another method of preparing a mint julep is to make what is referred to as a “smash”, in which fresh mint and other ingredients are crushed in preparation for flavoring the finished drink. This step further releases essential oils and juices into the mixture, intensifying the flavor. 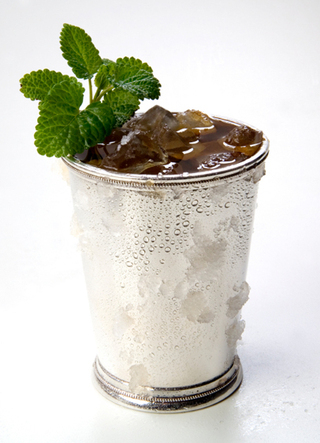 Traditionally, mint juleps were often served in silver or pewter cups, and held only by the bottom and top edges of the cup. This allows frost to form on the outside of the cup. Today, mint juleps are most commonly served in a tall old-fashioned glass, Collins glass, or highball glass with a straw. 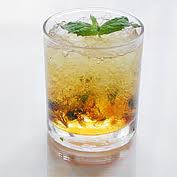 The origins of the mint julep are unclear and may never be definitively known. The first appearance of a mint julep in print came in a book by John Davis published in London in 1803, where it was described as “a dram of spirituous liquor that has mint steeped in it, taken by Virginians of a morning.” However, Davis did not specify that bourbon was the spirit used. 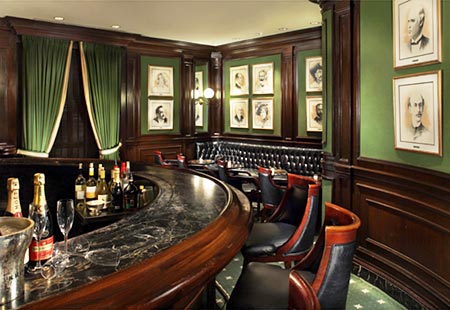 The mint julep originated in the southern United States, probably during the eighteenth century. U.S. Senator Henry Clay of Kentucky introduced the drink to Washington, D.C.,  at the Round Robin Bar, above, in the famous Willard Hotel during his residence in the city. The term ‘julep’ is generally defined as a sweet drink, particularly one used as a vehicle for medicine. The word itself is derived from Arabic and Persian meaning rose water. Americans enjoyed not only bourbon based juleps during the nineteenth century, but also gin based juleps made with genever an aged gin. 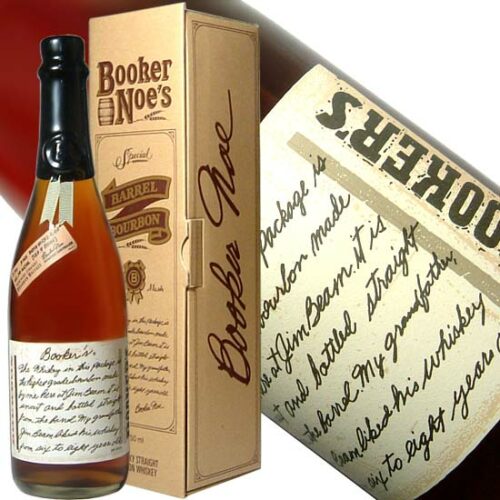 Bourbon has become quite a hot item these days, whether in a mint julep or not. Over the past four years, there has been a huge increase in the number of specialty bourbons on the market, harkening back to the last generation when a cocktail was a straight up Manhattan – a good drink with rye, whiskey or bourbon. Some of the newer single barrel bourbons that would be great to use in your mint julip or just on the rocks are Bookers (above), Blanton’s (below), 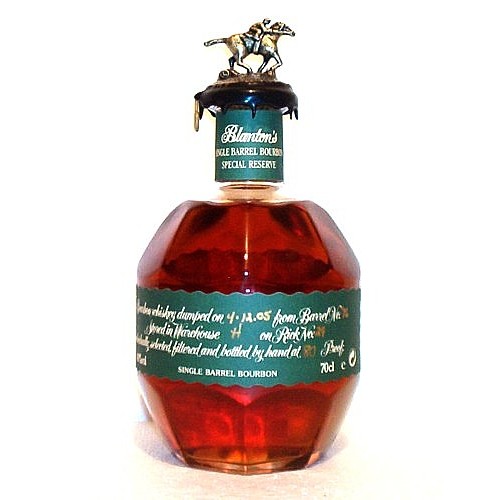 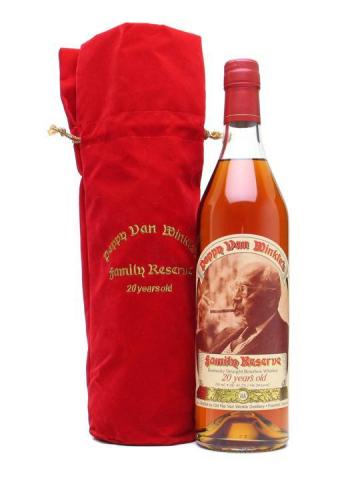 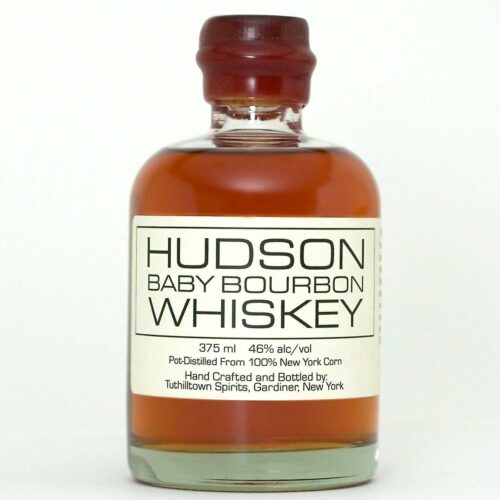 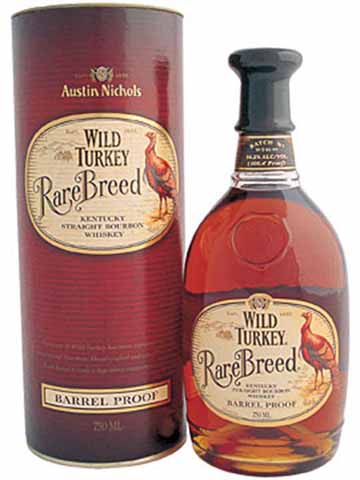 But as for drinking anything else at the Derby – it is really all about the Mint Julep!! 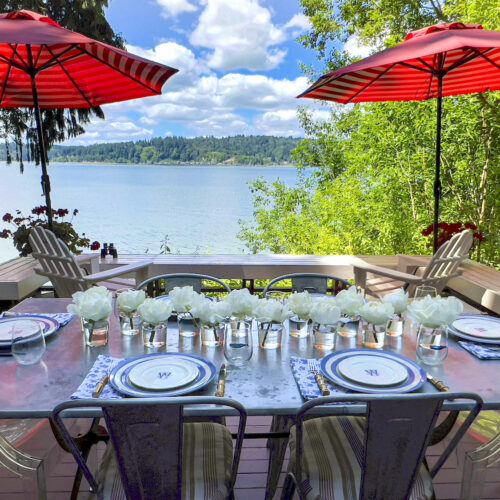 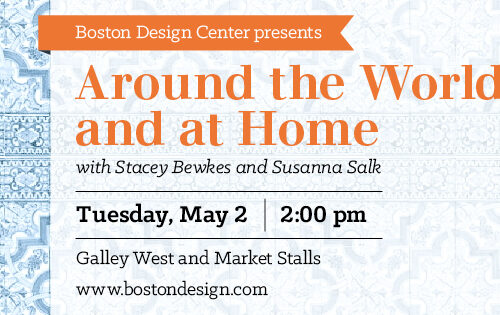 Join Us in Boston, Around the World and At Home 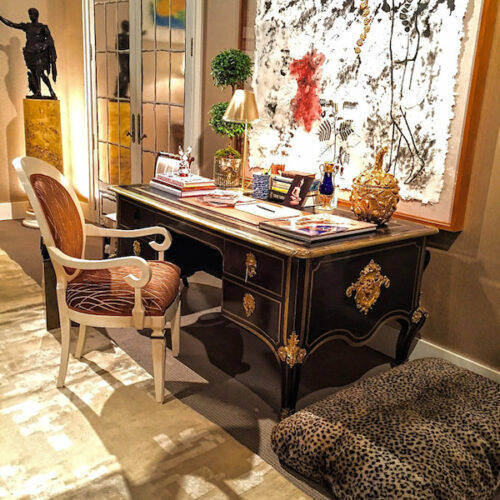 First Look at the Sotheby's Showhouse 2016