Today we take a final look at more of the fantastic tables from the NYBG 2017 Orchid Dinner. And don’t forget, if you’re in the area, to stop by the Orchid Show at the New York Botanical Garden, open now through April 9th!

For their elegant “Thai One On” table, Drake/Anderson designed a stunning sculptural centerpiece of hazelnut tree branches entwined with Henna Vanda orchids executed by Blondie’s Treehouse.

The vibrant yellow was echoed in a chic tablecloth of Lelievre’s luminous Auguste available through Stark with chargers and hurricanes by l’Objet and napkins courtesy of E. Braun.

Lindsey Coral Harper created a table with a colorful more is more sensibility. Jim Thompson’s Tibetan Sun fabric by Hutton Wilkinson for the Tony Duquette Collection was a perfect match with Frontgate’s fabulous new malachite ceramics and monogrammed Matouk napkins. What you can’t see is the full height of her fabulous centerpiece with coral-like branches practically exploding out of their vase.

Keeping in mind the Thai theme of the Orchid exhibit, Cullman & Kravis referenced the recent production of The King and I with its “magnificent set and dazzling costumes.” A bamboo superstructure, reminiscent of those found throughout Asia, served as a pergola for the table with a profusion of orchids cascading from above. A large Buddha oversaw diners as centerpiece

with mini ones as place card holders. Fabricut’s Mira (from the Christie van der Haak collection) in Fire Opal made a vibrant tablecloth with S. Harris’ colorful Feather Flock as napkins.

Inspired by a “Circle of Unity and Hope,” designer Paris Forino partnered with Oscar Mora to create a lush circular centerpiece in her table’s theme of pink, black and white.

John Oetgen thought creatively by designing a centerpiece of color and pattern with cylindrical vases lined with wallpaper.

Hilary Pereira designed a table with a shrine like towering centerpiece

with place settings of elegant simplicity

Randall Gibeau‘s staggered orchid centerpieces were stunning, proving the power of one.

with delicate stems at each place.

all photos Stacey Bewkes for Quintessence

It was challenging to cover all the beautiful tables at this year’s dinner. Apologies to any tables not included – it was merely a matter of time. Congrats to all participants in the NYBG 2017 Orchid Dinner – and to Veranda Magazine for their continuing support of this wonderful event. 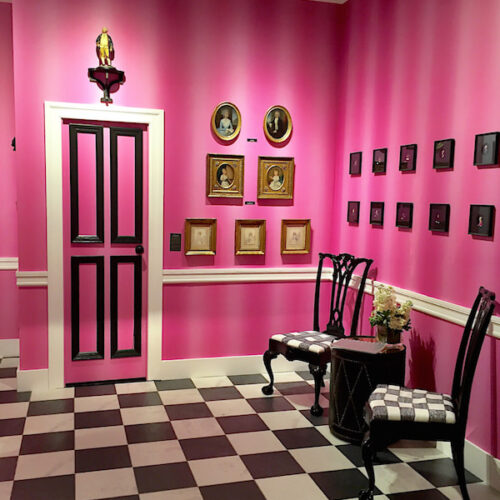 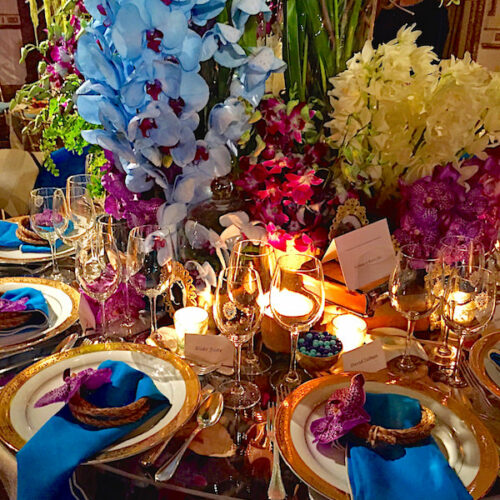 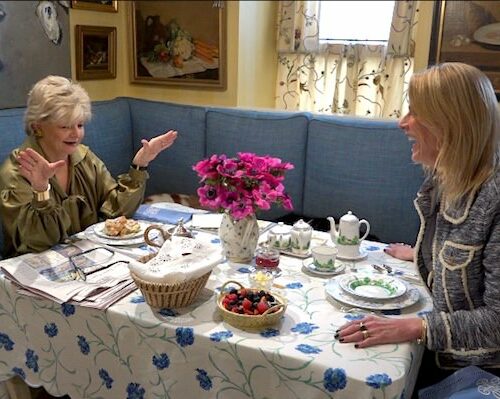 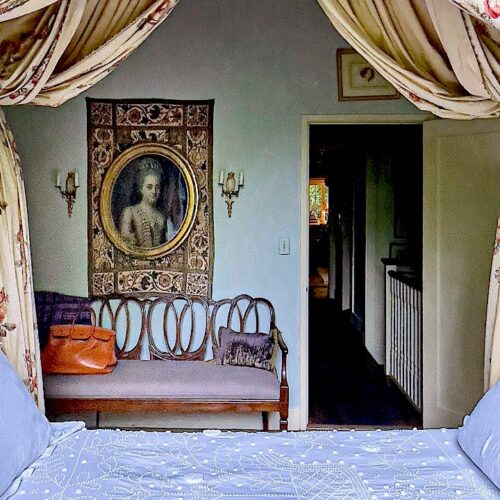 At Home in Pasadena with Kate Stamps

One thought on “NYBG 2017 Orchid Dinner”