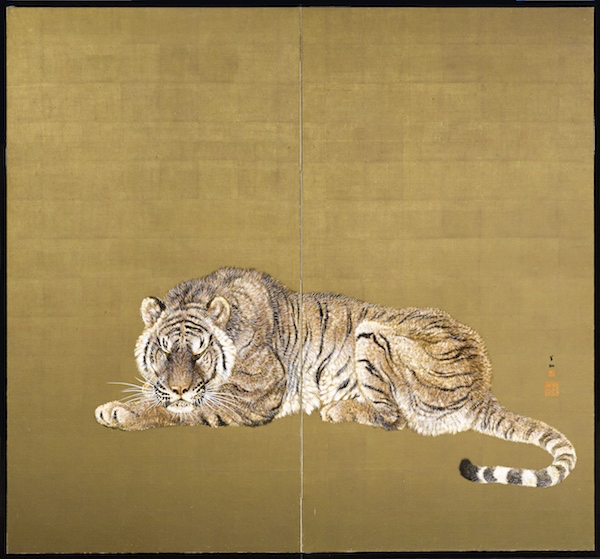 This Thursday marks the 27th Annual Opening Night of the 2015 International Show (formerly known as The Preview Party for the International Fine Art and Antiques Show). Hosted annually by The Society of Memorial Sloan Kettering since the inception of the show, the glamorous event routinely raises over $500,000 to benefit The Society’s patient care, research, and education programs at MSKCC. 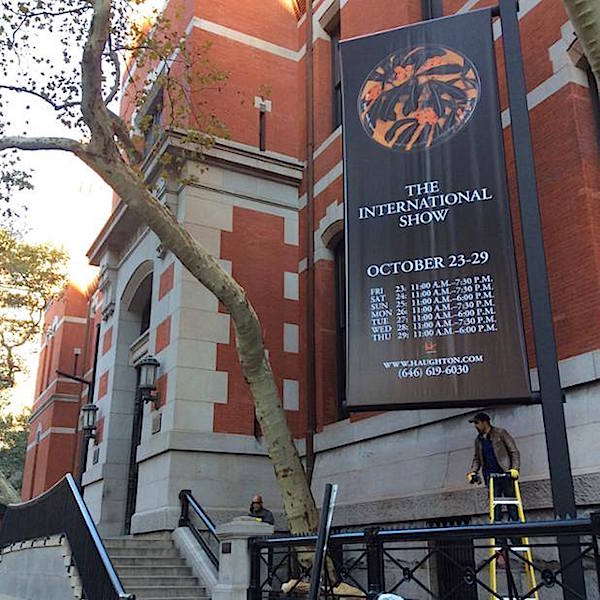 This year’s Design Committee Chair of the popular Opening Night is the very knowledgeable ELLE DECOR Editor in Chief Michael Boodro. Along with his comprehensive editorial experience, Michael also worked extensively in the non-profit art world and holds a degree from the prestigious art history department at Yale. ELLE DECOR consistently produces stories that are a sophisticated and eclectic mix of styles and eras, perfectly exemplified in this stellar November issue. A chic Parisian apartment, from the issue, below, designed by Jean Louis Deniot is a modern neoclassic masterpiece, 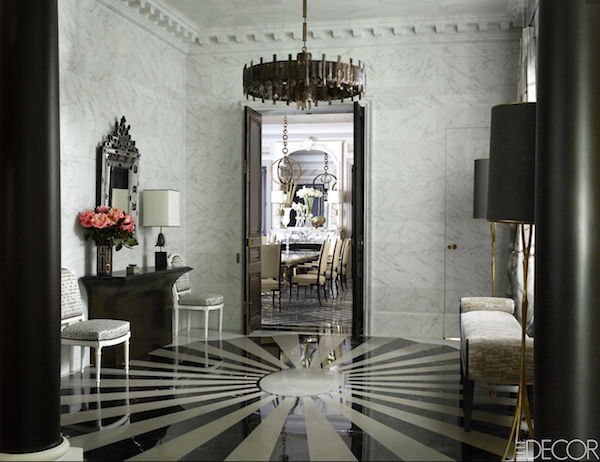 while for a repeat entrepreneurial client, designer Robert Couturier, added layers of history to a modern apartment in Berlin, below, pairing an 18th century French armoire with an antique Italian chest and a new Savoir bed upholstered in a historic Braquenié pattern. As Michael explains, “At ELLE DECOR we love antiques, and we love rooms that embrace the romance and atmosphere of the past. What’s important to remember about antiques is that they are not valuable because they’re old, they are old because they are valuable. These objects were coveted and considered beautiful the day they were made, which is why they have been treasured and protected ever since.” 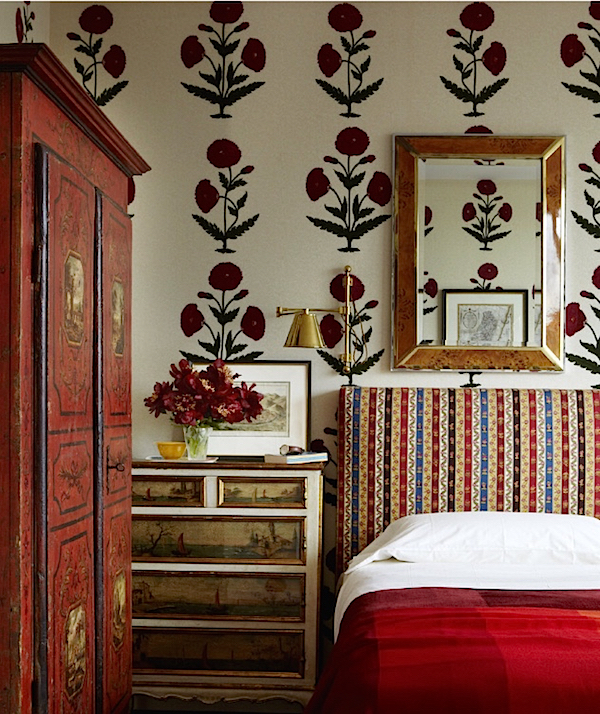 “And if they looked fantastic in someone’s home 200 years ago, or 500 years ago, there is no reason they won’t look great in yours today. The trick is never to lose sight of the moment in which we live and to mix them with contemporary pieces—no one wants to live in a museum period room. And don’t feel you have to confine yourself to one style or one period. Buy what you love and then display it, live with it, use it, and treasure it. Take care of your antiques, of course, but remember, they are there to enrich your home and your life.”

To get an idea of the wide ranging offerings at the show, Michael picked four of his favorites, accompanied by insightful comments, as a special sneak peek.

“Imagine stashing your laptop in this beauty. Sure, it would be at home in a paneled Park Avenue library, but it would be even more stunning in a downtown loft surrounded by white walls and industrial windows, where its strong lines and refined details would stand out like a magnificent sculpture—which it is.”

“What room doesn’t become more beautiful when there is a lovely woman standing in it? There is a reason the Greek and Roman galleries at the Metropolitan Museum of Art are packed every day, and a reason that virtually every decorating style of the past 500 years has accommodated Greek and Roman statues—whether real or plaster copies. A classic is a classic.”

“Scale matters, and the sheer size of this impressive illustrated map make it a showstopper. But its charms lie in the illustrations of each continent’s wonders, which look back to Art Deco style to pull the glamor of legendary ocean liners like the Normandie into the jet age.”

“Expanses of lush gold meet the fierce power of a legendary predatory feline, and who can resist? The genius of this screen is the way the meticulously rendered tiger, with seemingly every hair depicted, is starkly silhouetted against the minimal, luscious background.”

Thank you Michael! Featuring 67 of the most influential and respected dealers of art and antiques, this year’s show is sure to be a must-see. And The Society’s Opening Night of the International Show is a fabulous way to take in the show and support a great cause. Details below. 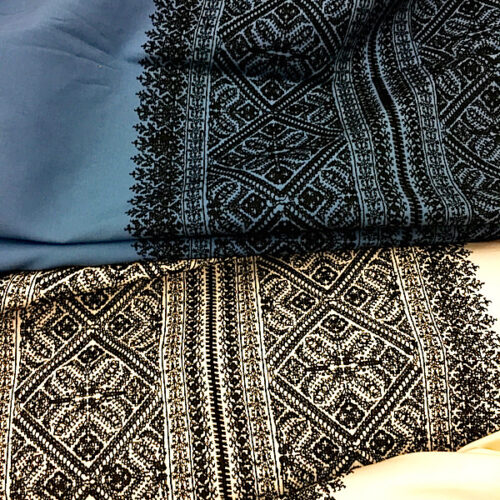 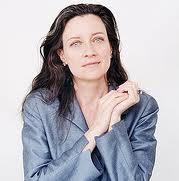 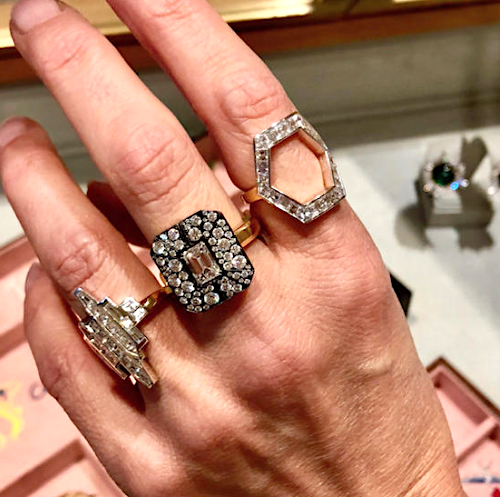 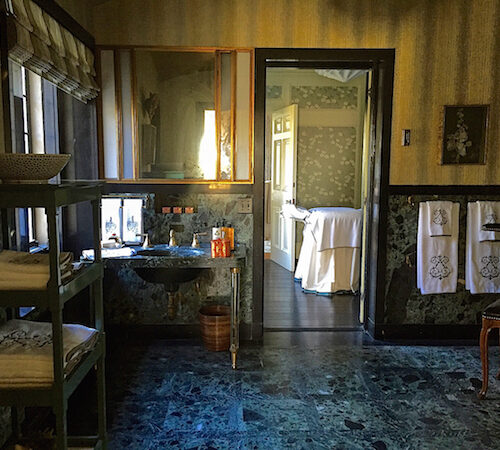