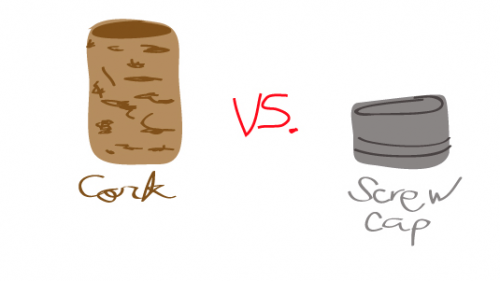 I’m sure many of you have wondered, as I have, why some wines have corks and some have twist tops or other means of closures. It’s an interesting question that our wine guru Terry Rogers is here to explain.

The history of cork as a stopper was recorded to date back to the Egyptians thousands of years ago. Ancient Greeks also used cork oak bark to make fishing buoys, sandals and stoppers for vessels for wine and olive oil. The Romans found many uses for cork including the construction of house roofs and beehives, ship construction and women’s shoes. The world’s first cork stopper factory opened around 1750 in Spain, marking the beginning of the industrial application of cork. Cork stoppers officially arrived in Portugal around 1700.

Over centuries, the number of wineries that have in the past or are still using cork number in the hundreds of thousands. That may be but consider the fact that it takes 25 years for a cork tree to truly come to fruition to produce really good cork. The majority of the cork trees are in Portugal.

What exactly is cork? The precious and versatile vegetable tissue known as cork is the outer bark of the cork oak tree, not the trunk, as many people might think. Cork is most easily stripped off the tree in late spring and early summer when the cells are turgid and fragile and tear without being damaged. The tree then quickly forms new layers of cork and restores its protective barrier. No tree is cut down. This simple fact makes cork harvesting exceptionally sustainable, leading to a unique balance between people and nature. It’s a highly skilled business in the western Mediterranean, where each generation has tutored the next in a continuous process from the time of the ancient Greeks. 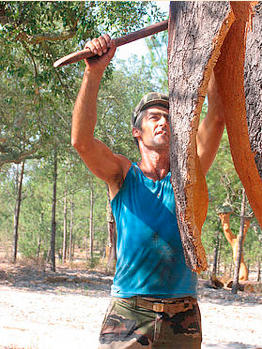 The harvesting cycle is 9-12 years long, and it takes at least 25 years for a new tree to become profitable.

The cork oak tree will then provide a harvest for some 200 years.

Cork’s natural properties make it eminently suitable for its principle use worldwide: as a bottle-stopper. It is very light, yet impermeable to liquids and gases, elastic and compressible, an excellent insulator, fireproof, and resistant to abrasion. Above all, it is completely natural, renewable, and recyclable. But the prolonged process has resulted in less availability, higher prices and sometimes a decrease in quality. And this decrease in quality can lead to the bane of the wine industry – TCA. TCA, otherwise known as cork taint, is a contamination caused by a chemical compound from airborne fungi that can infest the cork, causing an aroma in the bottle which is distinct and unpleasant, frequently described as resembling a moldy newspaper, wet dog or damp basement. This increasingly widespread cork contamination is why the wineries have had to look for other sources of closures for their products.

I am sure we will still never see Chateau Lafite Rothschild or Chateau Petrus going to a Stelvin (screwcap) closure but many others have. The other choice is a synthetic cork. These are made from a plastic compound designed to look like a natural cork, but without the risk of TCA. 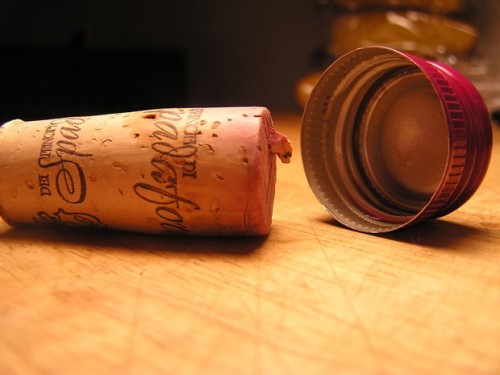 When I started in the wine industry in 1978 good wines only had corks. All the jug wines on the shelves had screw caps and so our perception of a wine that had a screw cap is that of one not as sophisticated as one with a cork.  It was tough for me, even being in the business, to warm up to those synthetic corks.  If you have a wine that has a synthetic cork and it is white, you will definitely want to chill it.  Remove the cork and manually put it back in half way so you can pull it out easily before placing in the refrigerator.  The minute you start refrigerating wines with synthetic corks they start to cling to the bottle and it is a real job to get them out.

Some of the larger wineries such as Beringer, Franciscan, Estancia that produce over 300,000 cases per year per winery were discovering that one out of every 12 bottles was corked!!  This was beginning to hurt their reputations as there was the possibility of consumers moving to other products and not being loyal.

On that note, many of the suppliers moved to the synthetic cork.  There is a machine/computer that can decipher whether the cork is tainted.  When a winery buys cork they have to buy from a cork producer that has a tree farm.  Some of these producers are on the up and up and but some are not.  In general you get what you pay for. The wineries have a computer test one cork out of the bag the thousand of corks they receive.  If the one cork is bad they automatically return whole bag.

You may not necessarily even know if you are drinking a corked wine for not all tainted wine carries the distinctive smell of TCA.  What the cork can do is basically strip the wine of its fruit and you would not have a clue unless you know what that wine normally tastes like.  I have had many wines like this.  It is ever so slight; but there is no fruit/flavor in the wine and it is a true disappointment. And this is not only a problem for the consumer but for the winery as well because when a customer tastes a wine that has had the fruit stripped from it, they may never realize and just assume that this bland bottle is how the wine should taste. Obviously one would never purchase that label again. 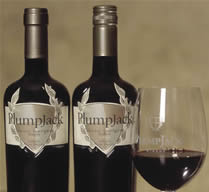 One of the first American high end wines in the over $100 category to go screw cap was Plumpjack reserve Cabernet –  that shocked the wine world. 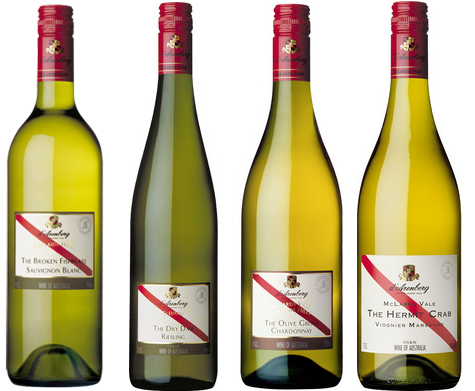 Most of the New Zealand and Australian wines that are fit for consumption within a two year period are definitely all going screw caps. For example, d’Arenberg, the wonderful winery we featured last week, have now almost completely switched to alternative closures, primarily screwcaps.  As one of my suppliers put it “this is great I can get to the wine sooner”.  In many instances if a wine does not have to be cellared for years and is meant to be drunk sooner rather than later; screw caps are the way to go.