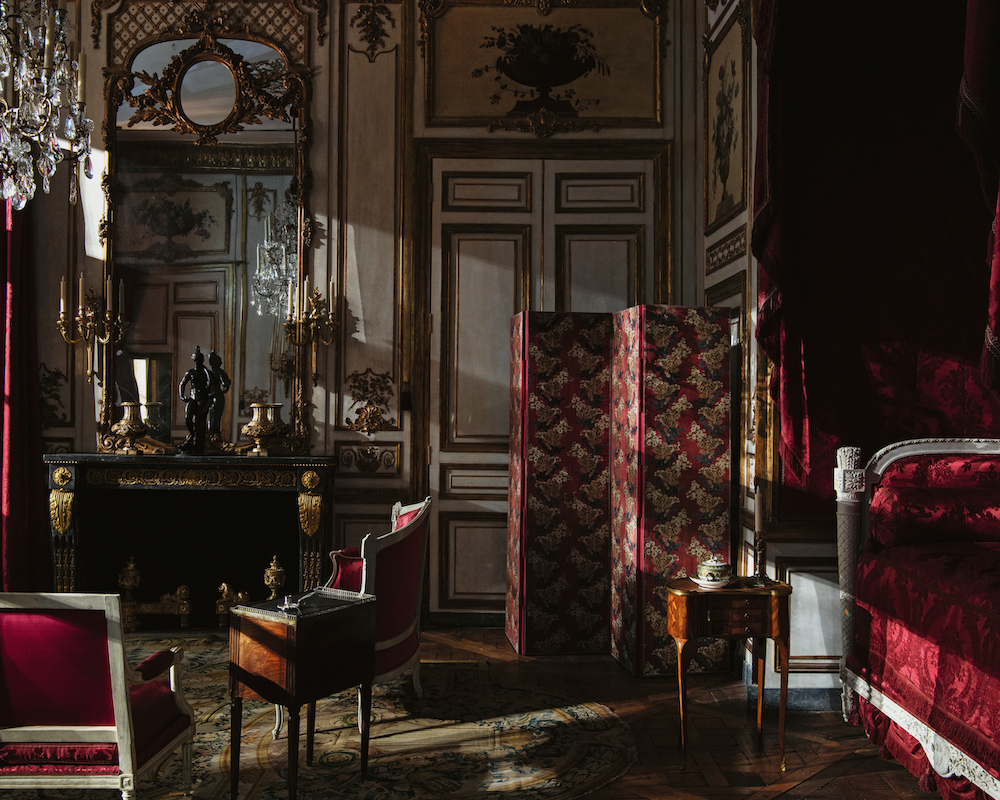 One of the most exciting events in Paris this year was the opening of the Hôtel de la Marine on Place de la Concorde. Originally built in 1755 by Ange-Jacques Gabriel, the official architect of King Louis XV, it was designed along with the royal square honoring the king to house an already commissioned bronze equestrian statue of him. The building was officially the Guard Meuble de al Couronne, the Royal Wardrobe, which was “in charge of commissioning, maintaining, and storing royal furnishings, that is to say the crown’s moveable goods, as opposed to the crown’s immoveable “real estate” in the form of royal residences. Movables included the hard furnishings we call “furniture” today, as well as soft furnishings such as gold-brocade fabrics, draperies, tapestries, and also practical items such as silverware, bronzes, valuable arms and armor, and even the crown jewels. All these extremely costly “moveables” had to be stored somewhere when not in use. And royal residences were only fully furnished when the king was actually living there; the more fragile furnishings would be removed between stays.” 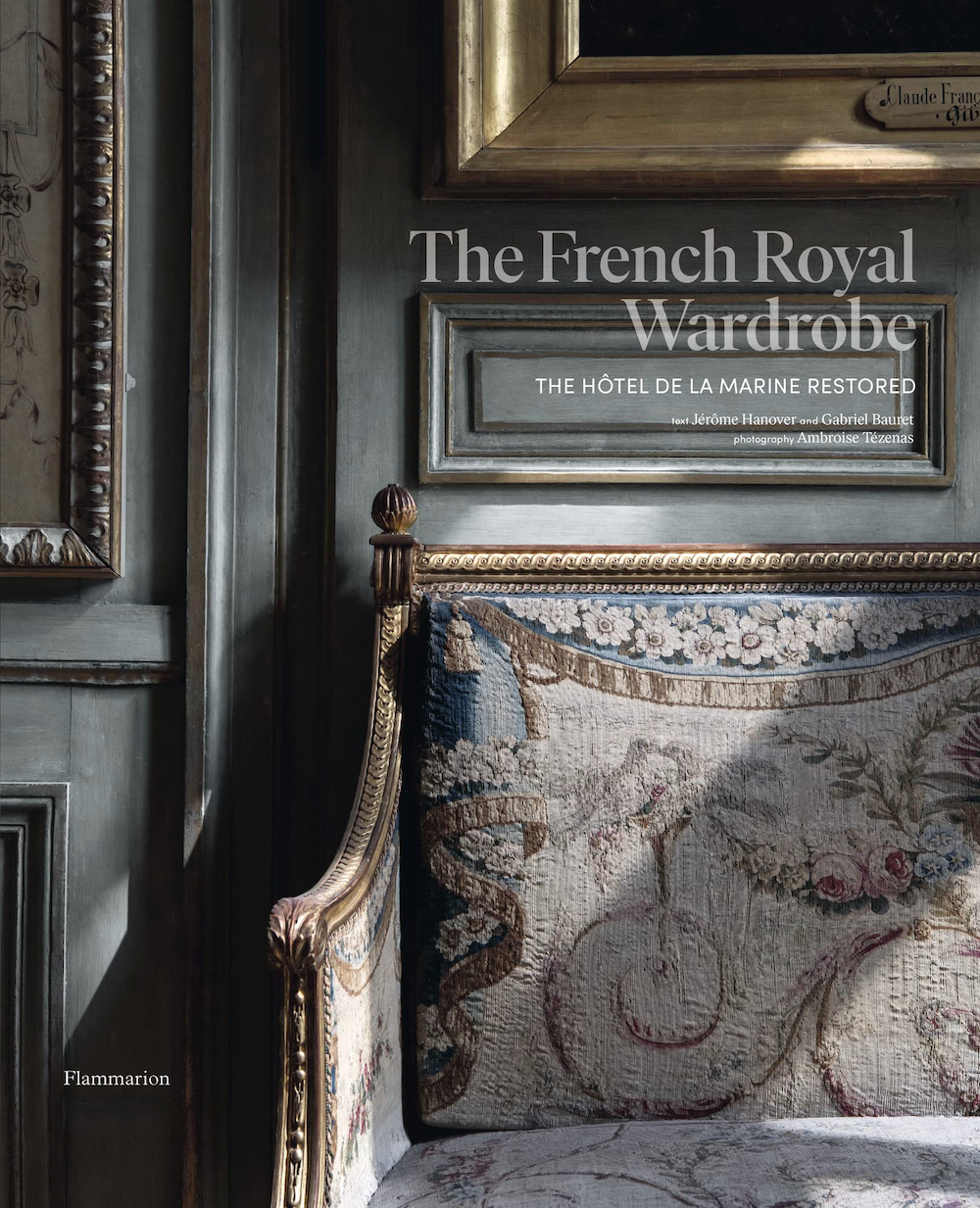 It remained the Royal Wardrobe for only 15 short years. For the next 200 years, its tenant was the Department of the Navy (Marine), hence its current name, Hôtel de la Marine. And now, after an extensive four year renovation, it is reopened to the public, featuring a museum, apartments that highlight the tastes of the eighteenth and nineteenth centuries, an exhibition hall, a bookshop, and ultimately three restaurants. The new volume, The French Royal Wardrobe: The Hôtel de la Marine Restored, by journalist Jérôme Hanover and historian and curator Gabriel Bauret, delves into the storied history of the building as well as they the meticulous restoration led by the Center for National Monuments (Centre des Monuments Nationaux).

In-depth research and archival documents elucidate the history of the Royal Wardrobe and new photography by Ambroise Tézenas, taken before, during and after the renovation details the remarkable transformation, or as Tézenas describes it, “Going from a derelict atmosphere to a bustling beehive.” Madame Thierry de Ville-d’Avray’s bedroom being refurnished, above.

The staircase, above, leads to the grand dining room, formerly the armory room of the Royal Wardrobe. The doors, decorated with trophies featuring quivers and flaming torches, were restored to their eighteenth-century state. 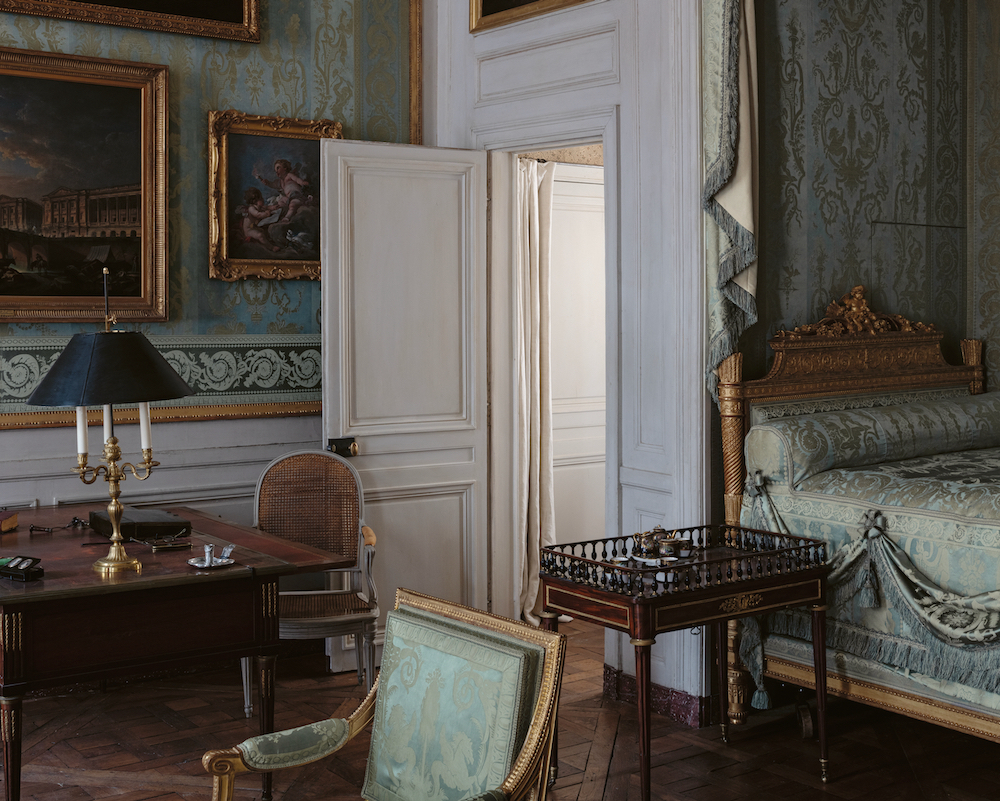 Joseph Achkar and Michel Charrière, the two interior designers on the project, helped to accurately restore every detail, working with dozens of French artisans to recreate original fabrics, upholstery, colors, boiserie etc. It took them years, for example to find enough period material to upholster almost all the chairs. The green brocatelle in Madame Thierry de Ville-d’Avray’s bedroom, above, was rewoven by Tassinari & Chatel based on eighteenth-century archives, combining the sheen of silk with the rusticity of jute in order to match weaving techniques of the period.

The bedroom overlooking the courtyard, above, along with the “room of mirrors” and the gilded study, are reconstructions of the apartment in the days of Pierre Élisabeth de Fontanieu, who had the rococo paneling transferred from the Hôtel de Conti, where the Royal Wardrobe had been temporarily housed. It is a testament to the extant number of French artisans and craftspeople who could execute a project of such enormity with skill and accuracy. So until you can get to Paris to visit the Hôtel de la Marine, or as an in depth reminder of a visit, this volume will serve to both inspire and inform.