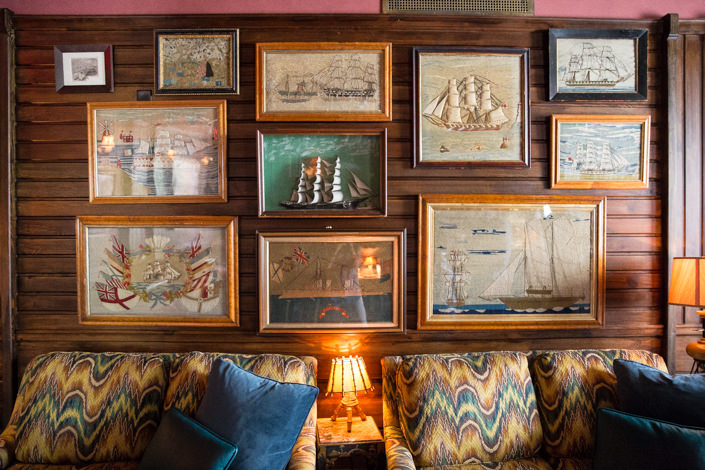 As I prepare for my annual summer trip to Nantucket, I was reviewing some of my past posts of island favorites. I thought I would share a few Nantucket highlights here and ask you readers what you might enjoy seeing this year. For the past two summers I created Friday Favorite Finds that included a variety of places to stay, eat, visit and shop as well as events and a few house tours. If you are new to Quintessence or perhaps missed a few, you can always find them in the search bar.

If you’re planning on visiting Nantucket and are looking for a stylish place to stay, you can’t beat Greydon House with its convenient in-town location and Roman & Williams designed interiors, above.… 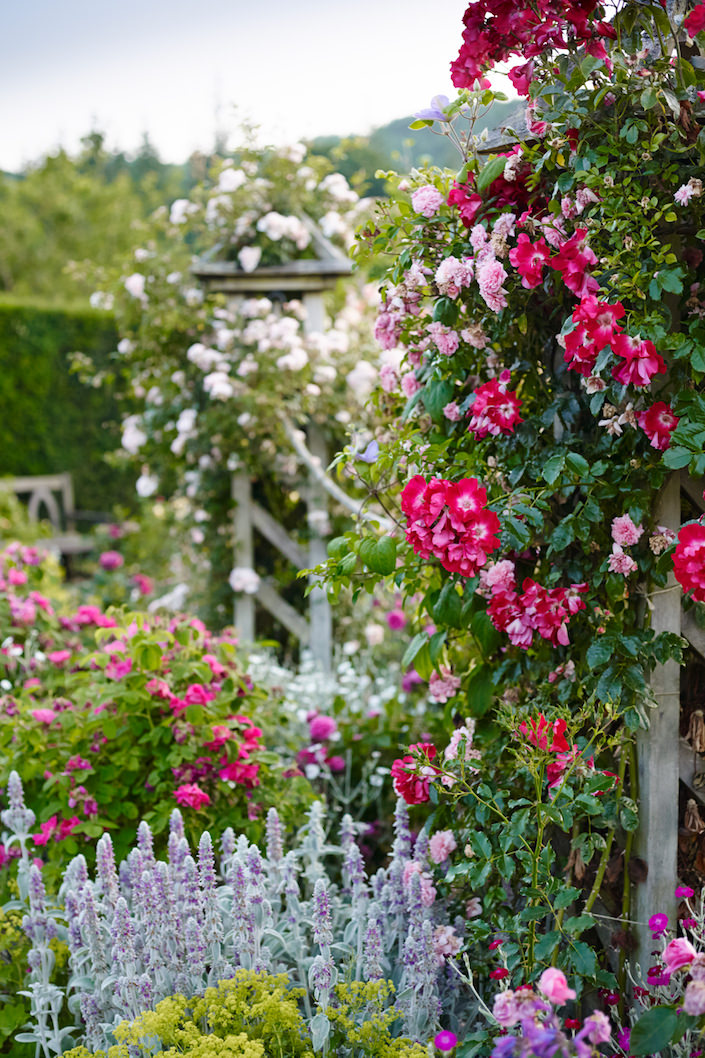 Just take a stroll this weekend around Instagram and you will see a plethora of roses blooming in gardens here and abroad. If you are a flower and gardening aficionado and happened to be traveling to England in the next five weeks, you might want to add the Rose Festival at the RHS Garden Rosemoor, which opens tomorrow, to your agenda. With over 2,000 roses in over 200 varieties, their collection is the largest in the UK, a country not lacking in the beautiful blooms.

Nestled in a Devon valley, Rosemoor Garden, one of the Royal Horticulture Society’s properties, will be celebrating the beauty and diversity of the English rose with a variety of activities.… 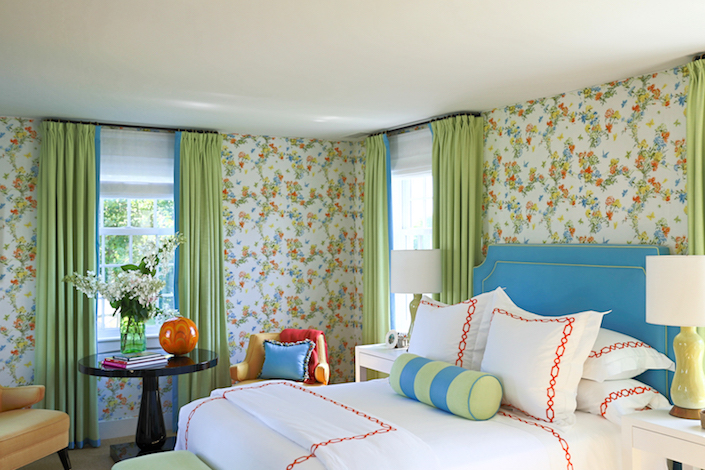 Over the course of the year, Susanna and I are always busy filming design friends across the country and around the world. You never know what awaits you behind every door, gate or threshold! So for even those who are faithful readers in these parts, I encourage you to subscribe to our Quintessence At Home With video series on YouTube because I know you’ll never want to miss a thing. Here’s a fun little clip I prepared to show a few places we’ve been recently and a few sneak peeks of what’s coming soon.

This year has seen some amazing auctions unfold and the action will continue this October in Paris as Sotheby’s just announced it will be offering the contents from the four homes of Pierre Bergé, who died last year at the age of 86. A sophisticated polymath who was equally at home and accomplished in the board room and the political arena as at a museum, the opera or in the library, Bergé amassed overwhelming and eclectic collections of everything from ancient and modern art to furniture and objets to books and manuscripts (an entire sale dedicated to his library set for December).…

At Home in New York City with Frank de Biasi 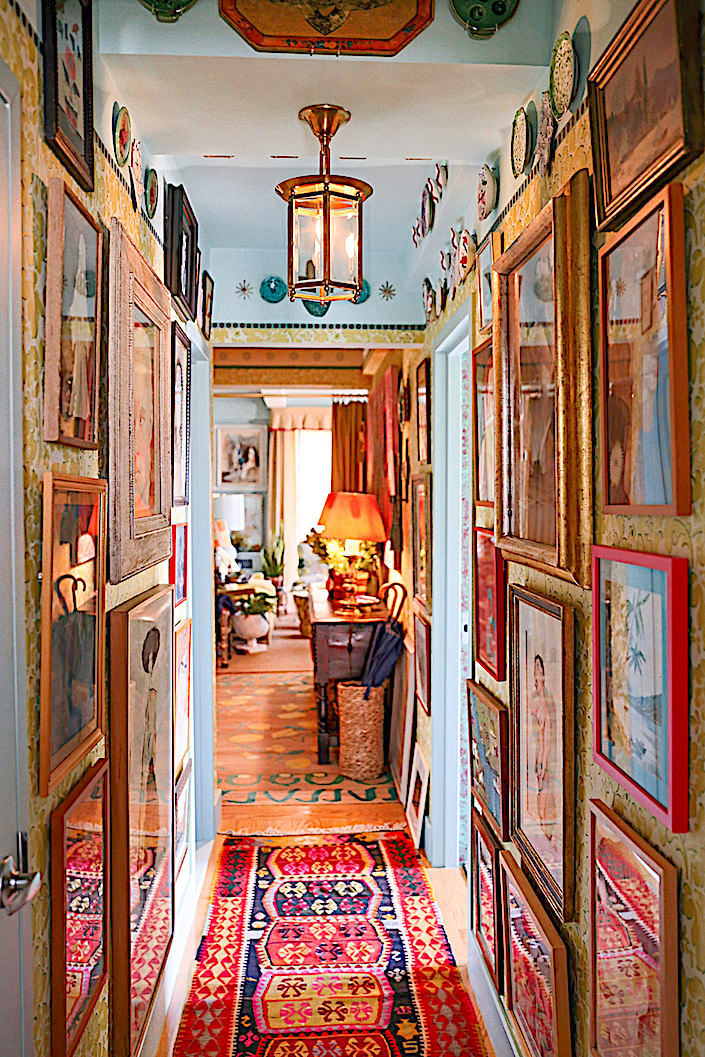 In a bland box of a lower Park Avenue pre-war, designer Frank de Biasi and partner, fashion and textile designer Gene Meyer, have fearlessly transformed their high rise rental into a personal, maximalist space. Timidity has no place here as family heirlooms, treasured collections and inventive decorative treatments live together in layered idiosyncratic harmony. Tag along with Susanna Salk and me to the inspiring home of these two creative talents.

﻿
While some may be reticent to so lavishly embellish a rental apartment, Frank never held back in designing an imaginative backdrop for his and Gene’s art filled rooms. Clever visual solutions and an elevated-meets-eccentric aesthetic yields an apartment brimming with personality and a distinctive narrative.…

Rosario Candela – Elegance in the Sky 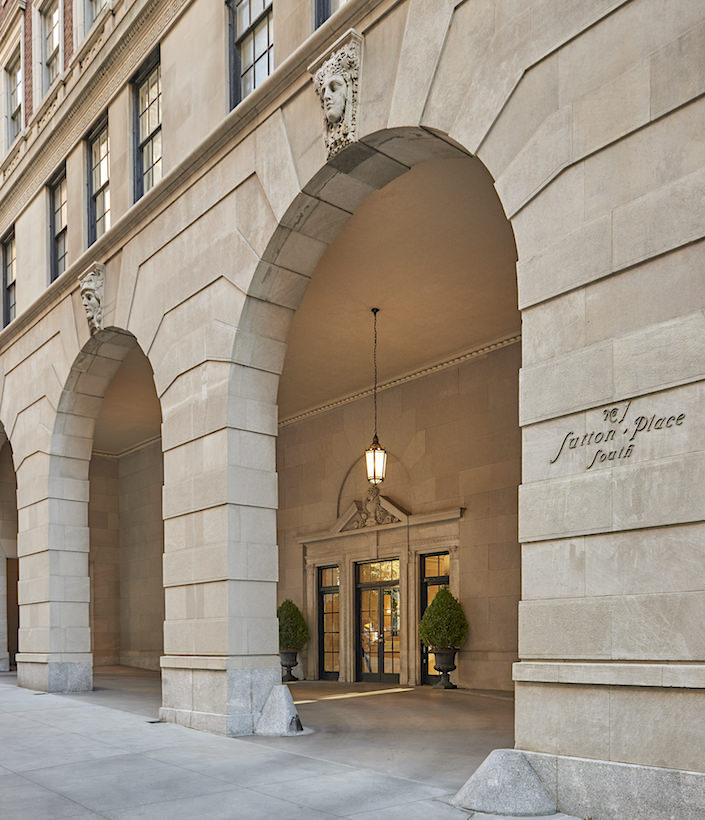 In early 20th century New York City, as many affluent residents were gradually abandoning their mansions and townhouses for apartments, few created the allure of luxury high rise living as did architect Rosario Candela. In the stylish interwar era, Candela played a major role in transforming the skyline and key neighborhoods of NYC such as Park and Fifth Avenues as well as Sutton Place. His now legendary first building at this east side enclave, One Sutton Place, below, for example, includes a generous porte cochère and understated articulation and ornamentation, including the elegant address.

Photo by Michel Arnaud, 2016, courtesy of the photographer

In a jewel of a new exhibition at the Museum of the City of New York, curated by Donald Albrecht and designed by architect Peter Pennoyer, the genius of Rosario Candela is revealed.… 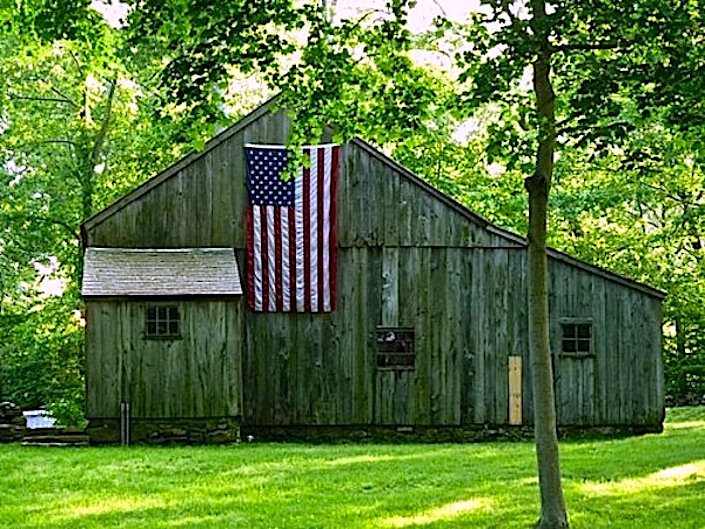 Wishing everyone a very happy Memorial Day! While this weekend marks the unofficial start of summer, it was also a bittersweet personal moment as my youngest graduated from high school.

The whole crew flew in to celebrate and it was great to acknowledge this landmark moment (our final day – after 16 years – at the school all my kids attended) together as a family.

And while we celebrate commencements and the coming season, let us also recognize who this holiday commemorates and take a moment to remember those who sacrificed their lives serving our country.… 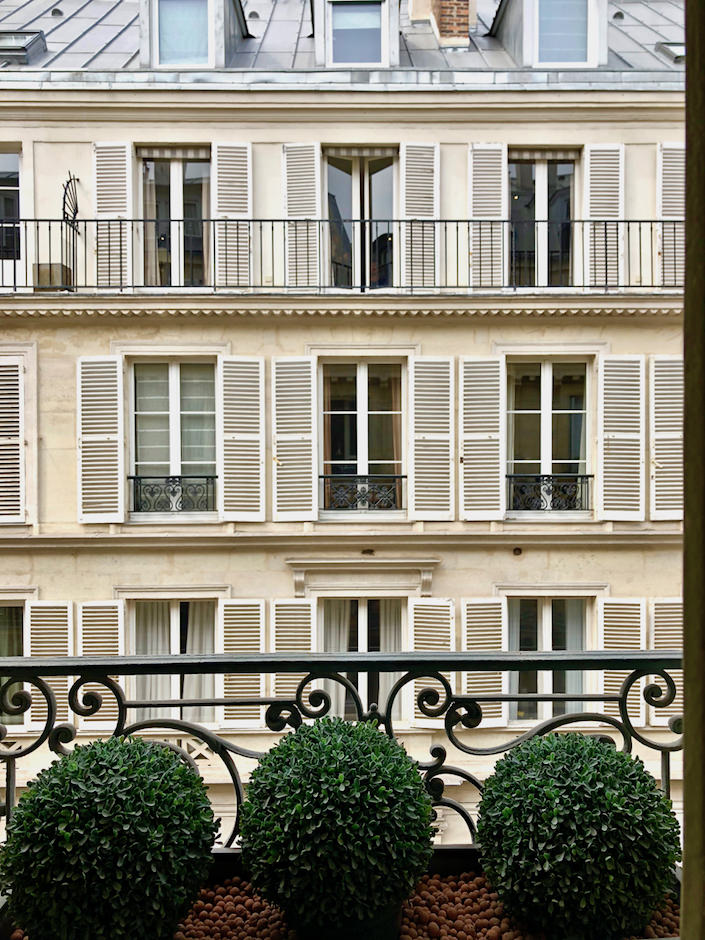 As mentioned in my last post, I spent 72 hours in France this week with Susanna Salk, filming two new video episodes. We were so incredibly lucky with the weather – a little rain on one day and the rest was what we all imagine as the proverbial springtime in Paris! Our home away from home for the week, and the subject for one of our upcoming videos, was designer Timothy Corrigan‘s stylish Paris apartment – the view from my bedroom, below.

On our first day, we all made an outing to the Picasso museum to see the latest exhibits.…

Catching Up Out and About 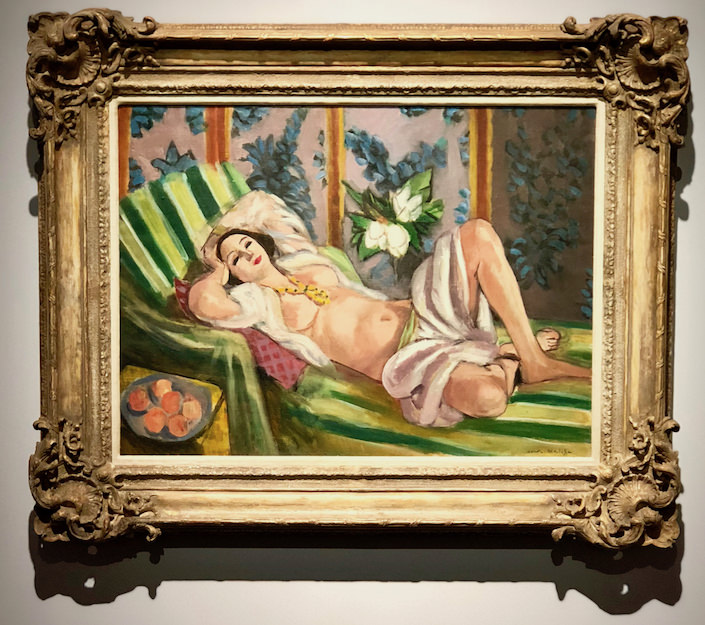 The last few weeks have been a whirlwind and while I am just about on my way to Paris (more about that in a minute), I wanted to spend a moment catching up a bit. I’m sure many of you have been watching the record breaking Rockefeller auction at Christie’s. The incredible sales total of $832.6 million set 22 world auction records in all including the highest total for a private collection in history, and the most significant charitable auction ever held. Every single item sold. (You can see my tour of the auction preview with Susanna here.) 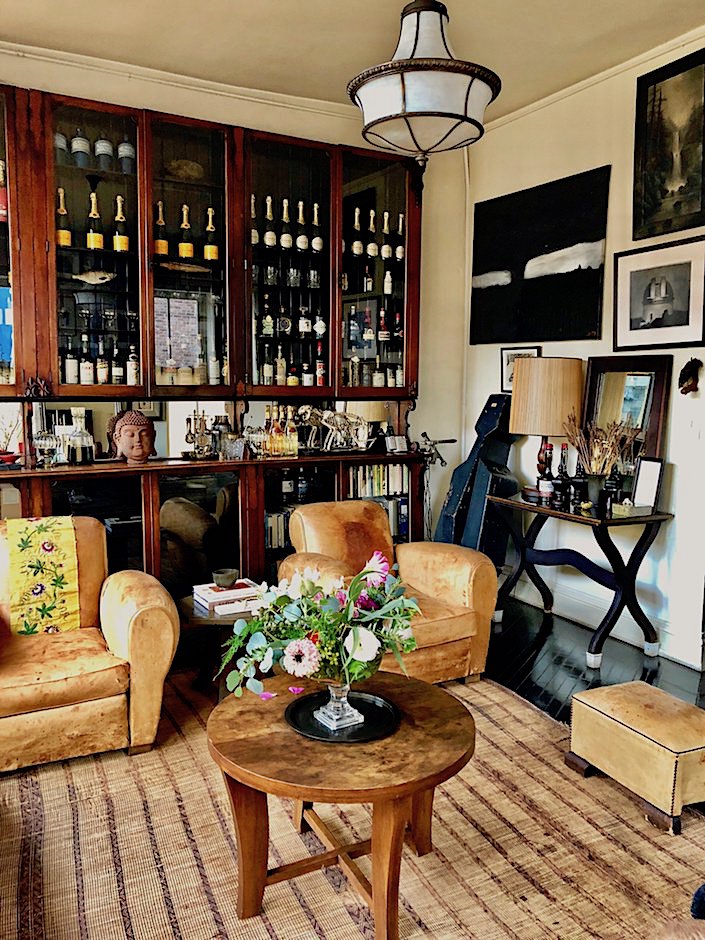 It’s challenging to describe the style of Robin Standefer and Stephen Alesch – the celebrated design duo behind Roman and Williams. Their work encompasses everything from set design (where they met, on the production team for Michael Tolkin’s “The New Age” in 1992) to high end residential interiors for such notable clients as Ben Stiller and Gwyneth Paltrow to a myriad of stylish hotels and restaurants as well as the new British Galleries at the Metropolitan Museum opening next year. And now there is Roman and Williams Guild, their first brick and mortar venture – a lifestyle adventure thoughtfully conceived and curated by the couple.…